I got a tattoo. I went with a guy, but he and I are no longer friends. It’s a long story — one that most of you wouldn’t understand — so I won’t attempt to explain my logic.

The tattoo represents a new beginning in my life, and although it wasn’t something I was planning to do until the last minute, I’m really glad the timing worked out the way it did.

I chose the Chinese symbol for strength. It symbolizes my physical strength as well as the inner strength I know I possess. 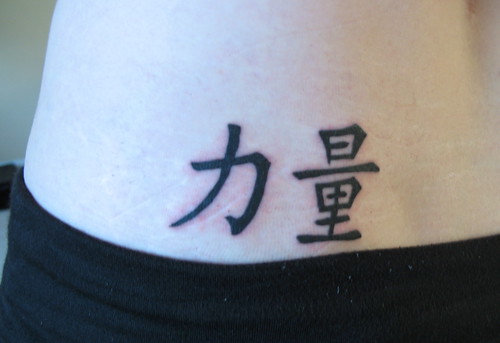 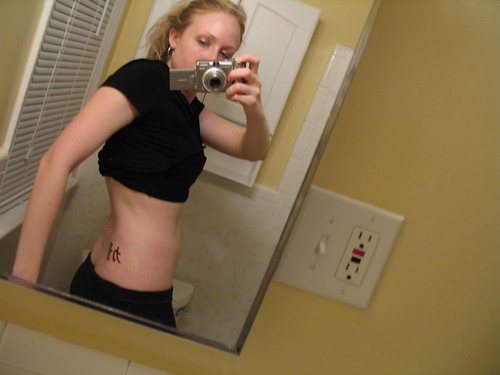 On a slightly related note, due to the stress of the past few weeks, I discovered this morning I’ve lost about six pounds (I thought it was closer to 3-4). This means all the ab work I’ve been doing the past few months is more apparent than it was before.

The night I got the tattoo, I pulled my shirt up when I got home to show my roommate. She said something along the lines of, “Arrrggh! So jealous of your abs!”

I looked down. As an example of how hard women tend to be on themselves and their bodies, my response was, “Well, my lower abs down here are pretty flat, and up here on the sides. But this area in the middle isn’t as defined as I’d like it to be.”

Roommate responded, “Shut up, dumb ass!” (She used different words, but the meaning was the same.)

I’ll probably end up re-gaining a few of the stress-related pounds I lost, so here are the abs at my lower weight: 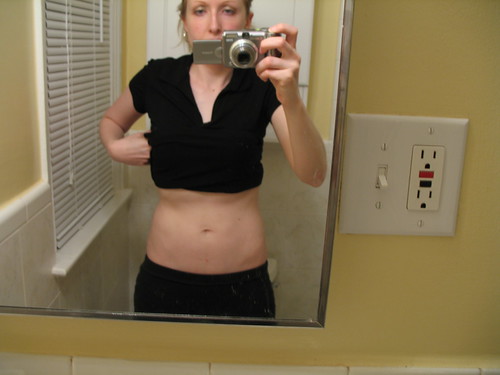 Spinning: Are You Ready?