When I turned six in 1986, I had just finished kindergarten at Buckingham County Primary School in Buckingham, Virginia. I had one older sister and one younger sister; my two brothers had not yet been born.

When I turned 16 in 1996, it was the summer between my junior and senior years of high school. My mom left my dad a few months later and a great life upheaval began, which in some ways continues to affect my life today.

When I turned 26 in 2006, I had been living in southern California for a year and was preparing to return to the east coast. I had taken the GRE and considered applying to several graduate programs, but couldn’t find anything I loved enough. I ended up moving to DC that fall, where I stayed for the next seven years.

On the surface, my life is very similar to last June when I turned 35: I have the same job, own the same car, live in the same house. I still read a lot, and try to live as minimally as possible.

Some things have changed in the past year: I have two additional nephews (which makes five total). I became a pescetarian (my husband and I eat entirely vegetarian at home but occasionally consume seafood in restaurant/social settings). I joined a CSA last summer and renewed our membership this year, so our veggie consumption rises pretty dramatically when those deliveries arrive. I bought a compost bin and plan to set it up in the backyard (I’ve been composting since last summer but previously took all the waste material to my in-laws’ house – their bin is getting full so we’re starting our own).

I wouldn’t say I have any grand goals for the next year, nor have I made a new list of things I’d like to accomplish. I’d like to take a vacation outside the United States, as I haven’t traveled internationally since 2010. (Well, I’ve been to Canada. But that doesn’t really count, because I live in Buffalo, which means I can leave my house and cross the Canadian border in about 15 minutes.)

Also, I know I talk all the time about getting rid of stuff in my house, but there is always more I could do. My goal is to be able to look at my possessions and say, “I only own things that I need or love.” I’ve come a really long way, but I’m not quite there yet. 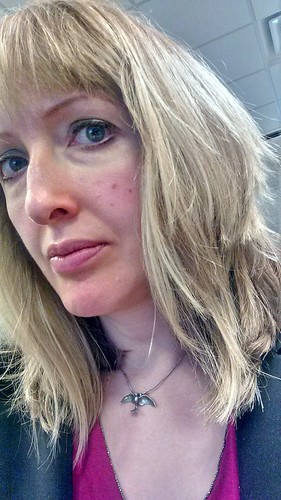 Making Goals: Say “I Will”